Some of you know I am a huge fan of dynamic homiletics, or what I refer to colloquially as “banger sermons”. When a priest is deeply educated in the context, linguistics, history, & theology of the weekly gospel reading, he can’t help but break open the word of God & bring home straight to your heart the absolute truth of the teaching.

I’m not going to get that just reading the Bible, because I don’t have at least 8 years of formal university education on the subject. The beauty of the lectionary & of homiletics is that Catholic & Orthodox priests have been able to explain the linguistic nuances & convey Christ’s love to people even when the vast majority of them were illiterate.

So I invite you to listen to 2 very different Christ the King homilies today (& share any other ones you love in the comments!!). I can’t post Father Michael’s because he doesn’t record his, sadly. But Bishop Barron & Father Mike Schmitz are gonna come at it from different angles & meet right in the center of your gut. Check them out:

If you are confused by the different styles, Fr. Mike teaches college students, & Bishop Barron’s undergrad & master’s degree were in philosophy. Every priest is going to come at a subject based on his educational focus & life experience, which is why I enjoy listening to several homilies online after Mass.

If you get nothing else out of these, I invite you to ponder the following: whatever you’ve made king of your life will dictate what you do, how you treat yourself, and how you treat others.

Think about that for a hot second. It’s okay if you feel a little uncomfortable or guilty. I use those feelings to readjust my compass. It’s like when you’re walking & feel a rock in your shoe. You stop, take your shoe off, & dump it out. You don’t ruminate on the rock & let it continue to torture you.

I mean…sometimes we do, but that doesn’t make sense. Especially when your King has already died for your freedom.

He was talking about Thomas Merton, about God’s incomprehensible love, and constantly breaking into giggles. He’d look up to some corner of the classroom ceiling above our heads, laugh to himself, and continue talking. His name is David, and he’s absolutely filled to the brim with the Holy Spirit.

That’s how you know, by the way. The people bursting with the Holy Spirit. They are always giggling. They are lit from within with a source of joy that fills a room like light itself.

They may talk to themselves, or at least mutter, sometimes erupting into chuckles like they’ve heard or recalled an amazing joke. They may close their eyes to pray & suddenly gasp out a quick laugh (cough Father Mike Schmitz cough), just overcome with love for Christ. Yeah, they seem nuts. Also a little Yoda-ish, like when Luke first encounters him on Dagobah.

People who reject the Spirit or are afraid to give him (her? I’ve heard both) permission to meddle with their lives can find such people perplexing at best, loathsome at worst. “Be more serious! These are dire matters!” the perpetually aggrieved say. “Take this seriously! Take me seriously!”

The Holy Spirit & His very best friends (that can be you, FYI) are taking all of this very seriously. Joy and love and gift are serious business. Erupting into giggles because you are Loved so deeply and fully is just a symptom. How can you watch kittens strive so intently and not giggle with love? How can you be a kitten in God’s lap & not purr with contentment?

Bubbling over with The Greatest Love does not mean that justice can be overlooked or horrors can be ignored. The opposite, the absolute opposite. Frankl suffered the concentration camps and managed to find slices of joy. We need to be with people in pain and we need to not gloss over own pain, but we need to let the Spirit fill us. We need to let ourselves be soothed when God blows raspberries on our bellies.

We really are all, when you think about it, His babies. You can sit in your full diaper & scream, or you can allow yourself to be changed.

Easier said than done, for sure, but the continual effort (a little thing the Church calls conversion ) is worth it.

Even if you can’t stop giggling.

If you see this face on a woman, whether she is holding a blade or not, you should take a step back and carefully consider what will come out of her mouth. Because she has already done her crying. The weeping is over. This is a woman who has decided.

When a woman has decided, none of the garbage that comes out of your mouth matters anymore. Nothing you call her, no threat, no cajoling is going to move her. She’s already weighed her options. She has made up her mind. You are no longer in control of how she feels about herself.

You are a non entity.

She will do what she needs to do and you can only stop her by force. And we all know what that makes you.

This is the face of a woman who will start smiling if you insult her, if you threaten her, if you bribe her, if you lie to her one more damned time. She will smile if you try to tell her she’d be so perfect if only she stopped doing those one or two things that make her uniquely her, but you can’t stand them because they interfere with the fantasy or your work style or whatever damned thing in your life has no room for who she actually is.

Consider carefully the woman with this face. You thought you had broken her. But you were mistaken. 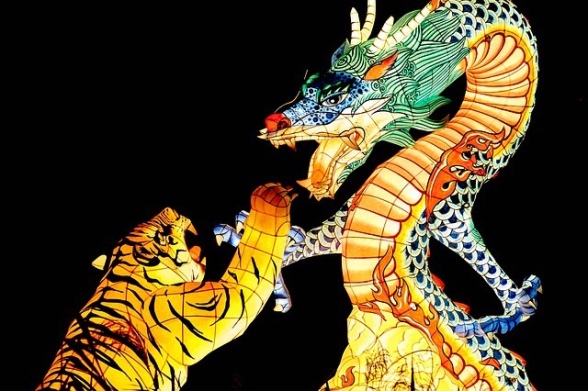 The Tiger & the Dragon ran into each other at the temple one day. Tiger wanted to eat, but Dragon didn’t have any Tiger food. Dragon was bewildered by such a beast that could be so fierce but not eat the food of dragons.

Tiger stayed to worship anyway and Dragon gave a blessing. Tiger and Dragon both sought truth and holiness, believing them to be the same.

Dragon and Tiger became friends, although they were both mighty beasts and sometimes Dragon coughed up fire, singeing Tiger’s fur. Tiger would snarl and scratch at Dragon, whose scales were hard as diamond.

Dragon was powerful, but Tiger looked like a kitty, and people were less afraid of her, sometimes. So sometimes Dragon was alone, seething smoke in his lair, while Tiger ranged all around the forest, making friends with other animals, and almost never eating them.

Dragon ate almost all his friends, which is why he was alone, except when Tiger came to the temple. Tiger was mostly not afraid of Dragon. Tiger was too big and vicious to eat.

One day Dragon and Tiger decided to put their power against the other in a friendly contest. Dragon snarled a glorious funnel of fire at Tiger, but she dodged it just in time and rolled away, her tail smoking but intact. Tiger leapt at Dragon’s back and grabbed his neck with her teeth, shaking his head like a rag doll. But Dragon needed only to spread his wings and take to the air to scare Tiger into loosening her grip. She let go, and landed with a thud on all four paws, shaken but alive.

Tiger could always dodge Dragon, but Dragon always had one more move. Tiger was fierce and cunning, but Dragon had magic. Dragon was always going to be more powerful.

“Fine, you win,” Tiger said, showing her belly, because Tigers, after all, are kitties.

To Tiger’s surprise, Dragon reared up and showed his belly, too. Then he slumped down under a tree next to Tiger and relaxed.

“Why?” asked Tiger, popping back into a defensive position.

“You are incapable of hurting me. I have nothing to prove to you, Tiger,” he sneered.

Tiger laughed. “Then why haven’t you roasted me and eaten me yet?”

Dragon’s proud snout drooped a little, and his fangs were less visible. “You are the only one who listens to me, Tiger.”

Tiger curled up under the tree, but she did not sleep in Dragon’s presence, not ever. She always had one eye open, and her whiskers straight out. Just in case.

Get my latest book! 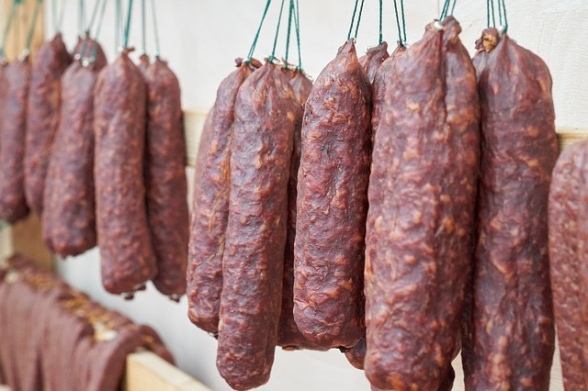 I want you to feel the greatest joy

I want you to feel like smiling every day

Like all the pain was just a price to pay

Get the Latest Book!

I don’t have a poem for you right now. I just have this song stuck in my head.

Many of you are saying, “Aren’t you a huge Depeche Mode fan? Why isn’t THIS stuck in your head?”

Well, there’re a couple of reasons. One, it’s not. Two, the Steve Winwood/Chaka Khan song has more energy. I actually prefer it. Don’t get me wrong, I love every one of Martin’s “Is he on about Jesus or some chick?” songs, & that was a super fun show & I liked when we had tickets so far stage right that we could see behind the curtain (& backstage) much of the show.

It just like the cheesy 80s song a little better.

Both of these songs are easily interpreted as the longing for God’s incomprehensible love for us or the usual human desire for that one defining, never ending romantic love. At least the former is guaranteed.

I feel comfortable singing them either way. 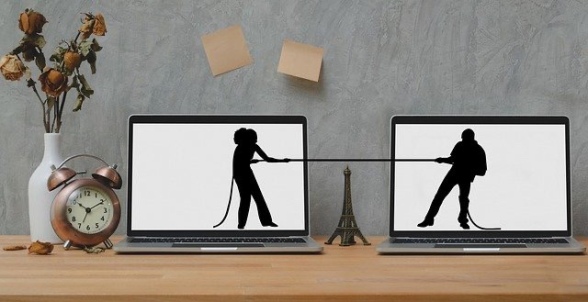