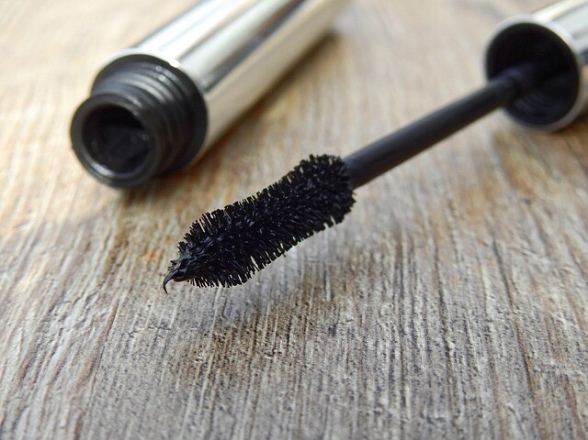 The following is a very short work of fiction.

Abigail Sheft had it tough growing up, at least to hear her tell it, & as such knew absolutely exactly how anyone was going to react to her in any situation. She claimed her various traumas (never described) helped her develop her third eye, giving her insight into humanity inaccessible to mere mortals.

Until she met the woman at the counter at CVS. This bitch just kept smiling at her as she finally rang up her purchases, listening to Abby (her friends called her Abby) list all the ways this line could have been handled better & nobody should have to wait 15 minutes for anything, least of all the purchase of fucking drug store mascara because of an emergency.

But the lady stood there, ringing up the emergency mascara & the pack of gum & the diet Red Bull & the nine other items Abby needed to salvage this evening.

Abby was waiting for the retail sigh or the rigid eyes or some other minuscule sign of irritation. After all, the customer in front of her had been trying to exchange something she clearly bought, like, a whole year ago. And she was rude about it. And barely spoke English. Like, wtf?

But the lady ringing up everyone had smiled through the whole thing. Warmly. It was weird.

Abby was about to remark that this bitch was weird when the bitch said, “I’ve emailed your receipt. I hope your night gets better.” She said it in a tone Abby had never heard before.

She was about to clap back, but she just took her bag and left, silent, getting back into her Uber. She wanted to tweet something about the encounter, but found herself without words. She instead decided to post a backseat selfie to Insta, holding up the mascara to her face.

She had, after all, saved the day.

I’ve written some books, which you can get here if you are so inclined.

This is a short story.

Alexander had been dead at least two weeks. Detectives not much bothered by the smell after years of exposure to it at countless death scenes milled about, blandly discussing reasons why nobody reported the decedent missing, or even absent from work.

They soon determined from bookmarks on his laptop that he worked from home at his own pace. Maybe he did well enough to afford an apartment in North Hollywood working only two weeks a month. The detectives all shrugged at each other.

The coroner was almost certain it was suicide, just looking at the body. The extension cord around his neck had snapped under his weight eventually, sending the putrefying corpse to the floor with a bit of a splatter. The now-loosened post on his sturdy, well-made four poster bed told the tale. There was no auto-erotic asphyxiation. This guy kept his pants on.

But nobody could find a note.

There was a cursory investigation and the case was closed. Alexander’s Facebook seemed to indicate there was an uncle in Biloxi. They reached out to the man, who said it was a damn shame and hung up. When they called back to see if he wanted Alexander’s few personal effects, no one answered.

They tried again the next day, and the next week, and even the next month, but the person answering always hung up.

Three minutes into the raid, with even their stalwart dwarven troops taking heavy fire, the party knew something was wrong. Lord Azazel never missed a raid, much less one he organized. He always provided magical support to the grunts, aided the noobz, and wielded that mithril-forged elven legendary blade, imbued with seven perfectly arranged attribute stones, with tremendous skill. Their beloved leader “L.A.” spent hundreds of hours finishing quests and mini-quests to make that sword, and he equipped it with healing stones so powerful, he could heal tens of fellow raiders at a time.

They were dying against the mountain orcs, and L.A. was M.I.A. The raiders were angry and panicked. Their guild would surely sink in the rankings, and all they’d win would be some lousy pieces of second tier armour and, like, maybe some gold.

After the first raid was lost, things started to go downhill. They slipped from twelfth to nineteenth in their World’s ranks. There were rumours Lord Azazel abandoned them, but he was still listed as guild father and hadn’t turned over admin responsibilities to guild mother AthenaBlade61, which everyone figured he would if he had to stop playing again for a while, like he’d had to a year ago.

They asked AthenaBlade61 several times where he was. She only responded “IDK.”

Eventually, somebody offered to dox Lord Azazel, but the guild voted that it was poor manners, and ultimately AthenaBlade61 forbade it, asking them how each of them would feel if they quit playing and someone did it to them.

Some in the guild started saying amongst themselves that she must know for a fact that he left the game, with others claiming they were crazy. L.A. had put too much time and effort and love into StoneQuestOnline for Mobile. There’s no way he’d abandon them. He loved to play and he loved giving noobz a leg up.

The guild was so torn over it that they split into two guilds: To Live and Die in L.A. and Athena’s Blades. Neither guild ever attained a ranking above 25. Lady AthenaBlade61 turned her guild over to Lord Orcbanger20 a few months later and left the game.

When she did, she deleted her account, destroying this private message:

“I thought our marriage in-game meant something to you. But in the course of my work as a paid online political operative (don’t worry, sides don’t matter; it’s all highest bidder), I found out that you are actually a 52-year-old professor, have been married IRL to another professor for 26 years, and have a daughter my age. You should have told me. I shared intimate secrets about myself to you. I loved you.

I can’t go on knowing our love is a lie. I can’t do this any more. I know I should be stronger for the guild, but I can’t. You were everything to me. You were the only reason I did anything, and you are getting into bed every night with a real life man. 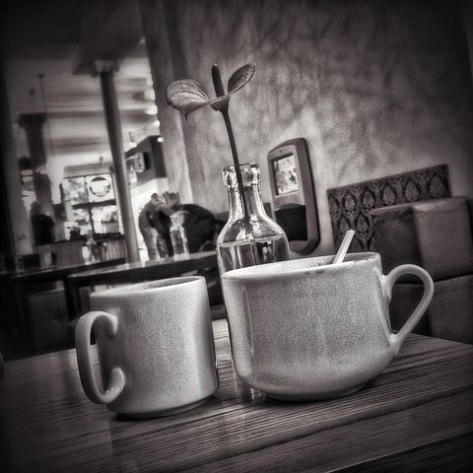 This is a short story.

“But imagine if Bowie had been convinced at an early age to never stand out, never be weird, always toe the line. What a disaster that would have been,” sulked the man into his latte. He could’ve sworn he asked for a large black, but he paid for a large black and got extra with the milk. He wasn’t gonna complain.

“Or worse,” harrumphed his companion. “What if he had been Bowie, with all the Bowie impulses, but never was rich?” He stirred his cappuccino without looking up, smiling faintly to himself without mirth.

Latte blinked and touched his own glasses out of nervous reflex. “I don’t follow you.”

Cappuccino was still stirring, but now removed the spoon. “Think about it,” he said without looking up, tasting the spoon. More sugar. He added some. Then, stirring again, he looked Latte in the eye. “If Bowie were just Bowie, a guy, and not Bowie the guy – what would he have been? Annoying and fey at best, dead at worst.”

Latte sputtered while Cappuccino sipped, having found a satisfying sweetness, “Nothing you’re saying to me makes sense.”

Al pointed with his spoon. “This one with the blue hair and the leather and the roller skates? She probably thinks she’s an artist. She probably thinks she’s unique. But look about a hundred feet over here, Geoffrey. No, other way. See that? Girl with pink hair, leather, and roller skates.” He stopped a second. “Actually, there’s a lot of them out there. Maybe there’s a flash mob or something. Anyhow, that’s beside the point.”

“What is your point, Al?” asked Geoff, who had sweat on his upper lip and receding hair line and had barely touched his latte.

Al laughed. “When weird people don’t have money, they’re just another unique asshole. And back in the day, when he was coming up, working class England would’ve killed him. Dressing like a girl and all that. He’d have been poof bashed or whatever those fancy assholes call it.”

Geoff was quite beside himself. He wiped his forehead with a napkin. “How can you say that about Bowie?”

Geoff wadded up his sweat-drenched napkin and bounced it on the table. He took a hearty swig of his latte. “Oh yeah, well, what do you know about it?”

Al, who looked like a cross between Robert Loggia and sensibly priced overstuffed couch, looked long into his cappuccino and laughed. With a twinkle in his eye, he told Geoff, “When I was 17, I did a performance art piece for the local community college where I wore a black leotard and draped myself in sausage.”

Geoff spat up a good portion of his latte on to the table, which he then mopped up with the sweaty napkin wad.

Al laughed. “Ten pounds of sausage. In links. And you know what my father did when he came to see my performance? He beat the shit out of me. That’s what he did. He said ‘Your mother and I didn’t suffer under Mussolini for you to waste perfectly good food!’ And he was right. He was right to say that, and he probably should’ve beat my ass two years earlier.”

Al continued, “So do I love David Bowie as much as the next guy? Yes. But if he hadn’t been rich, somebody’s dad would’ve beat the shit out of him for being an annoying, unique asshole.”

Geoff stared out the window at what was indeed a flash mob of girls with unnaturally coloured hair, leather jackets, and roller skates. He sighed. “Bowie would’ve thought this was stupid.”

Al laughed, draining his cup. “Or he would’ve made it a lyric.” Doing an unnervingly spot-on impersonation, he sung to the tune of “All the Young Dudes”, “Skaters on Main, hair made of paint. Skaters on Main, leather and pain.”

Geoff was just sulking now. “I don’t think you appreciate Bowie at all. I think you think he’s a gimmick.”

Al slammed the cup down so hard, the other café patrons finally noticed the two old men by the window. “Get out,” he barked hoarsely.

Geoff sat back and blinked. “What?”

Al’s hands balled into fists on the table. “In all the years I’ve known you, you’ve never stooped so low. Get out.”

“I never want to see your face again.”

Geoff’s eyes went wide. “We were in Nam together.”

“Out,” hissed Al, and Geoff knew it was time to go. He left a couple dollars on the table and headed out into the rain.